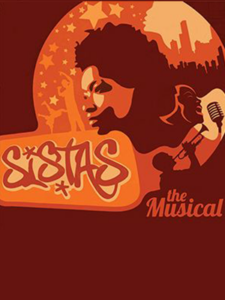 Sistas is an uplifting musical journey, of a multi-generational African-American Family. Based on a series of interviews conducted with Black women over a six-year period, using a playlist of songs made famous by artists that include Billie Holiday, Lena Horn, Erykah Badu, Jill Scott, Mary J Blige and others, this Musical tells of the struggles, the joys and the triumphs of being Black and of being a Woman in America. Told through the life and experiences of one woman and the women in her family, the story easily segues from the days of Jim Crow to the present and covers a range of topics from segregation, the women’s movement to the meaning of love and control. The narrative is stitched together using songs that perfectly capture the mood and speaks to the issues of each period and time — “Strange Fruit,” “Society’s Child,” “Taint Nobody’s Business,” “I am Not My Hair” by India.Arie, Alicia Keyes’ “A Woman’s Worth,” “Golden” by Jill Scott and, Erykah Badu’s “Tyrone.” In the end, the women find strength in each others’ stories and arrive at a way to best honor the memory of their beloved Grandma – a seminal figure in their development as strong and accomplished women.

When you go to one of those shows that seem to exist only to be marketed to a certain age or ethnic group (like “Menopause: The Musical” or “My Mother’s Italian, My Father’s Jewish, & I’m in Therapy!”), your expectations may not be particularly high. But Dorothy Marcic’s “Sistas: The Musical,” now playing at St. Luke’s Theater, is a sweet and sassy if slightly rickety little show.