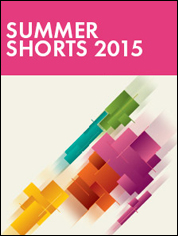 Stella (Colby Minifie), a young Southerner adrift in upstate New York, adopts an unusual pen pal. She worries he won’t write back as he’ll be occupied with “ordering people around, or eating lobster on silver plates or getting a massage, that kind of thing.” But Kim Jong-il responds. He even sends an autographed photo.Stella Fawn Ragsdale’s whimsical solo one-act, “Love Letters to a Dictator,” concludes the second series of this year’s Summer Shorts festival at 59E59 Theaters. Ms. Ragsdale’s heroine, who shares her name and her background, is so unmoored in her life that she turns to a tyrant in the hope that she “might steal strength from you and learn a ferocity.” Logan Vaughn’s direction is overactive and the character’s faux-naïf posture and formal diction are sometimes exasperating. But the tonal mix of the letters — confiding, needling, probing, sympathizing — reveals a distinct and compelling voice (though probably not one that would have been appreciated by Mr. Kim, North Korea’s supreme leader until his death in 2011).